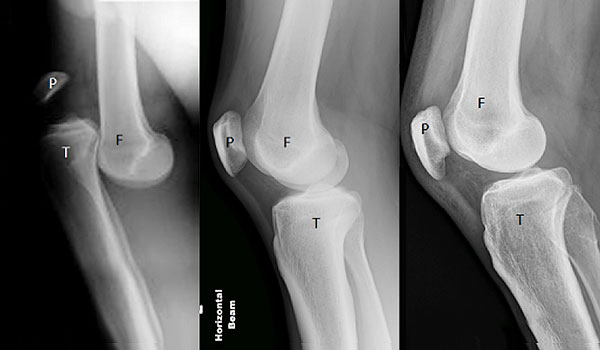 If there is any chance there may be an injury to an artery the patient will have to have an arteriogram (this is where dye is injected into a blood vessel and then images are taken to see if there is any damage to the artery at the back of the knee).

Once the patient’s knee has been reduced, braced appropriately, and all other injuries excluded, then a MRI scan of the knee should be performed to assess what has occurred to the knee. Ligaments, articular cartilage (lining of the joint), meniscal cartilages, tendons, and nerves are assessed.

These MRI scans below demonstrate complete ruptures of both the Anterior and Posterior Cruciate Ligaments of the same patient. The arrows point to where both the ACL and PCL should be, but are not. 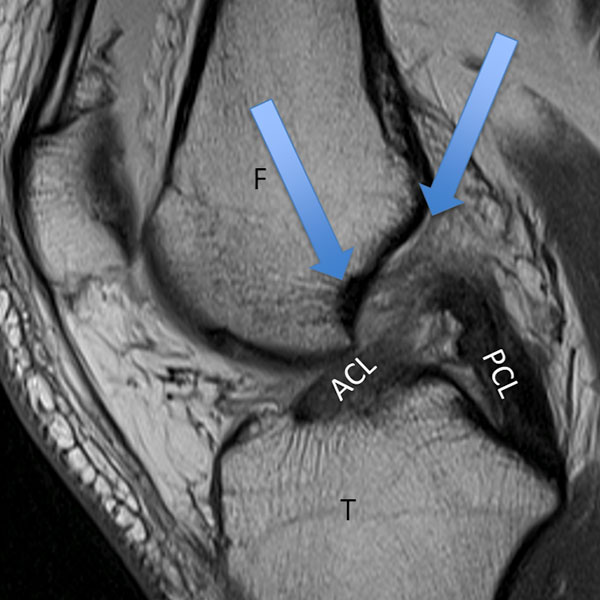 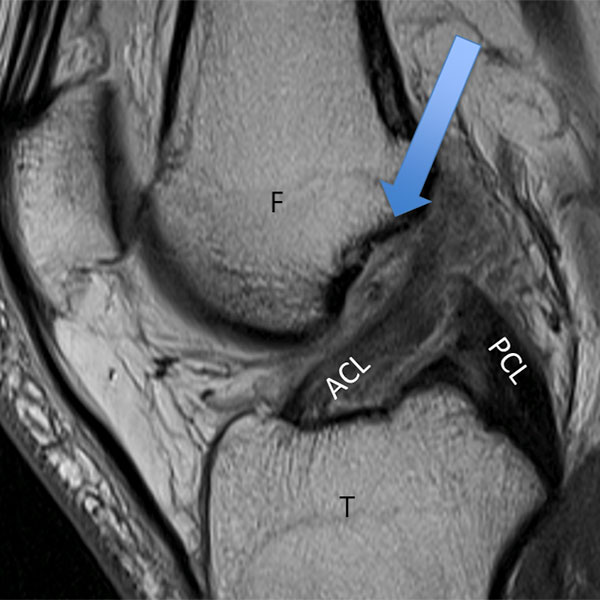 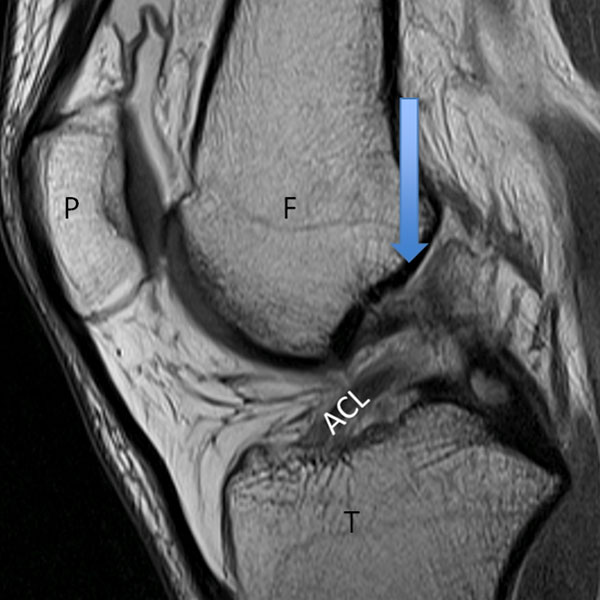 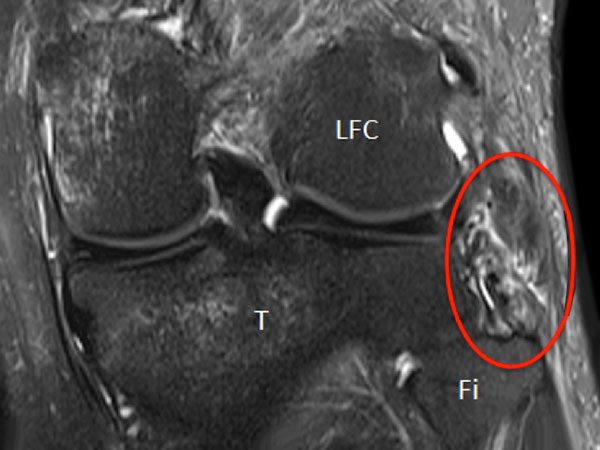