The following is a case of an 80-year-old man who had undergone a left Total Knee Joint Replacement (TKJR). Initially he was very happy with the knee, however as time went by the knee became stiff, through no fault of his own or of the surgeon. He also reported pain at the end-points of movement. His knee was swollen, and he was unable to sit comfortably as he could not bend his knee. A manipulation of the knee had been undertaken, again initially with a good result but his range of movement got worse with time. The x-rays below show that the TKJR is well fixed, no signs of loosening or wear present. 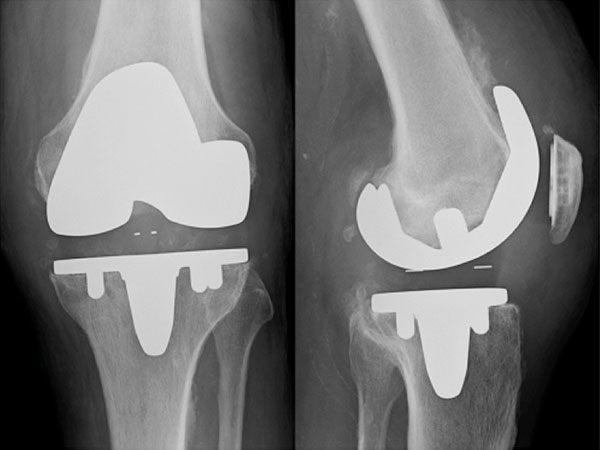 His pre-operative range of movement is shown in the clinical photograph below.

Given the pain and the limitation in movement, Nigel proceeded to revision total knee joint replacement. This involved removing all of the components (femur, tibia, patella) and replacing them with new components that are shown in the x-rays below. 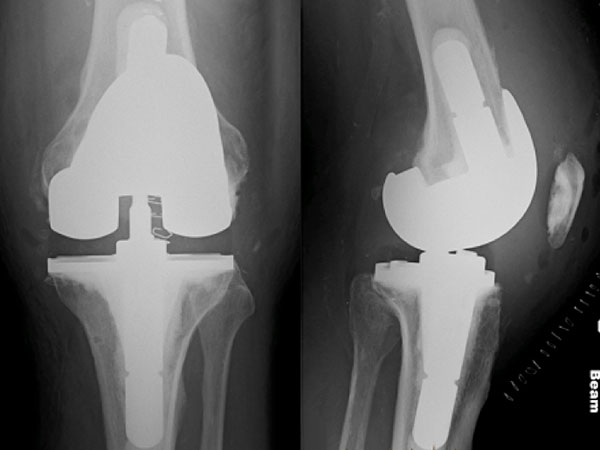 His post-operative movement had increased as shown in the image below. 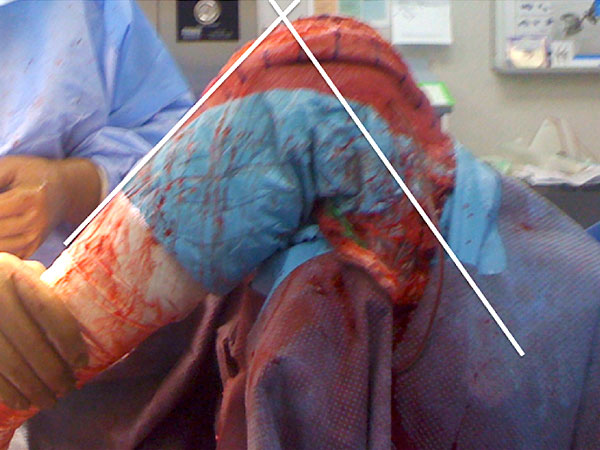