This is a pre-osteotomy navigation image of a patient undergoing HTO. It demonstrates that the patient’s lower limb is angled inwards (varus) by 3 degrees, which does not sound like a lot, but was different when compared with the other side. An arthroscopy had been performed at an earlier time, which confirmed arthritis in the medial (inside) compartment. 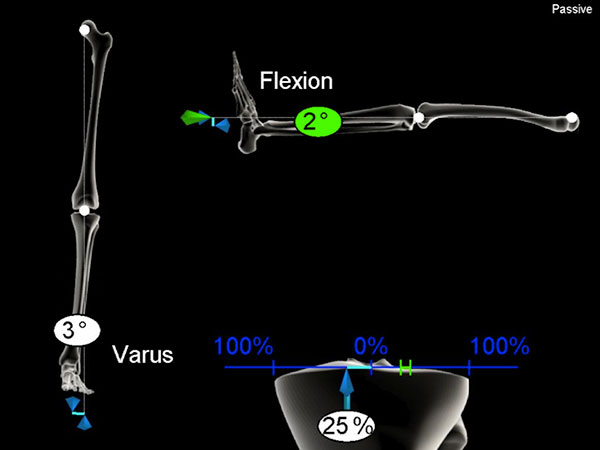 This is the post-osteotomy image of the same patient. The 3 degrees angled inwards (varus) has now been changed to 4 degrees of angle outwards (valgus). The reason it is now in 4 degrees of valgus is to distribute the weight going through the knee more to the outside (lateral) compartment of the knee. 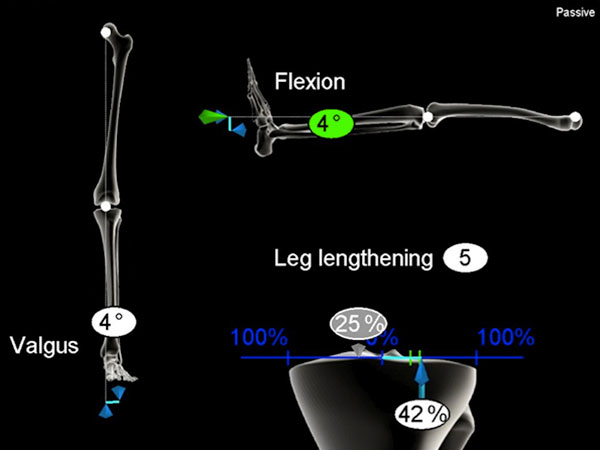 This 47 year old patient had undergone a knee arthroscopy and was found to have severe arthritis on the inside part of his left knee joint (circled).

He was too young and not bad enough in the other parts of the knee joint for a knee replacement. An option therefore is realignment surgery. The blue lines indicate where the load is going through the knee joint. As can be seen in the right (normal knee) the line is passing through nearly the centre of the knee. In the left knee (the knee with arthritis) it is passing through the inside part of the joint. It was decided during the consultation that the patient would be a candidate for re-alignment surgery.

The x-rays show his knee three months post surgery. The blue line passes through the centre of the left knee now. He has made a good recovery and is back playing high level sport

This patient suffered from multiple patella (knee-cap) dislocations [Image 3]. There were a number of causes for the dislocations, which were addressed at surgery. Patellar realignment surgery was performed along with a medial patello-femoral ligament (MPFL) reconstruction, and arthroscopic (key-hole) debridement (clean up) of the articular cartilage of her patella. This patient has done very well with no further dislocations since the surgery. 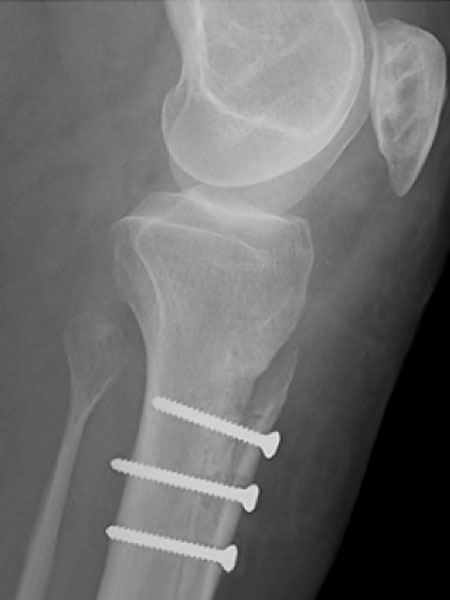